Azad was born in Longsight, Manchester, England and is of Bangladeshi descent. She attended Whalley Range High School, and then studied AS-level chemistry, biology, English and business studies at Xaverian College in Rusholme.

Azad is known for her performances as Padma Patil in five of the Harry Potter films, starting with 2005's Harry Potter and the Goblet of Fire. She acquired the role when casting agents visited her school and, after having attended several auditions, chose her for the part. Azad had stated that she had auditioned "just for the fun of it" and surprisingly got the part.

In 2017, Azad will guest present an episode of the CBBC series Marrying Mum & Dad with Ed Petrie whilst Naomi Wilkinson is away.

When she was 22, Azad's father and brother attacked her because of her relationship with a Hindu boy.

On 29 June 2010, Azad's father, Abdul Azad, and brother, Ashraf Azad, appeared in Manchester Magistrates' Court, charged with threatening to kill her. They were released on bail. Azad's brother was charged with "assault occasioning actual bodily harm", whilst Azad stayed with friends in London. On 20 December 2010, Azad did not attend court when the prosecution accepted her brother's guilty plea to assault occasioning actual bodily harm and a judge ruled both men were not guilty of threatening to kill Azad. On 21 January 2011, Azad's brother was imprisoned for six months. 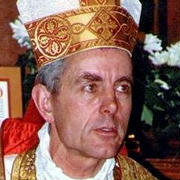