Adrienne Mayor (born 1946) is a historian of ancient science and a classical folklorist.

Mayor specializes in ancient history and the study of "folk science": how pre-scientific cultures interpreted data about the natural world, and how these interpretations form the basis of many ancient myths, folklore and popular beliefs. Her work in pre-scientific fossil discoveries and traditional interpretations of paleontological remains has opened up a new field within the emerging discipline of geomythology and classical folklore. Mayor's book on the origins of biological and chemical warfare revealed the ancient roots of poison weaponry and tactics.

Since 2006, Mayor has been a research scholar in the Classics Department and the History and Philosophy of Science and Technology Program at Stanford University.

Mayor has published books and articles on Amazons, unconventional warfare, toxic honey, tattoos in antiquity, smallpox blankets in history and legend, assassination by poisoned garments in Mughal India, fossil-related placenames, and other topics in scholarly journals and popular magazines, including the Journal of American Folklore, Archaeology, "Natural History," MHQ: The Quarterly Journal of Military History, and Foreign Affairs.

Her books have been translated into 10 languages and have been featured in documentaries on the History and Discovery TV Channels. She has lectured at the American Museum of Natural History, Boston Museum of Fine Art, Smithsonian, Art Institute of Chicago, Getty Museum, among other venues, and has been interviewed on NPR, BBC, and Coast to Coast AM. Her biography of Mithradates VI Eupator, The Poison King, was a nonfiction finalist for the National Book Award 2009.

Mayor is a regular contributor to the history of science website Wonders and Marvels.

From 2009 to 2015, Mayor maintained a Facebook profile under the name Mithradates Eupator, which became an active network for more than 2,500 people, including international scholars, classicists, archaeologists, linguists, ancient historians, authors, novelists, museum curators, and others who engaged in valuable research and educational conversation. This unique crowd-sourcing site was eliminated by Facebook on May 26, 2015. Mayor replaced it with a new Facebook group https://www.facebook.com/groups/Mithradates/ 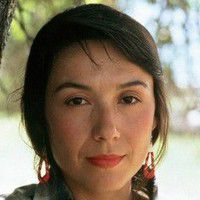