Adrian George Zmed (born March 14, 1954) is an American actor, singer and television personality, noted for the roles of Johnny Nogerelli in Grease 2 and Officer Vince Romano, the rookie partner of Sgt. T.J. Hooker (played by William Shatner) in the T.J. Hooker television series.

Zmed was born in Chicago, Illinois, the youngest of three sons of George Zmed, later known as George Zmed-Smith (1916–2010), a Romanian Orthodox archpriest, who served from 1952 until his retirement in 1983, and his wife, Preoteasa Persida (née Golub) Zmed, later known as Sadie Smith (1923-2015). George Zmed was a first-generation American born in Chicago to Romanian parents, Nicolae and Paraschiva (née Bălan), who had immigrated from Comloşu Mare, Timiş County in the early 20th century. At the age of five, George and his family returned to Romania, where he was educated; he returned to the United States in November 1952. George and Persida (also Romanian-born) were married October 15, 1942 in Timisoara. The couple had three sons, in the following order: Cornel, Walter, and Adrian.

Adrian graduated from Lane Tech High School in Chicago. He began playing football as halfback for the school's team until, when playing in 1968, he broke a leg bone which in turn punctured a major artery. He quit sports and began acting, appearing in his high school's production of Guys and Dolls. After being featured on a local TV show as one of Chicago's top high school performers, Zmed transferred to the Goodman School of Drama and began studying voice at the Chicago Conservatory of Music. He graduated with a Bachelor of Fine Arts from the Goodman School of Drama.

Zmed's first major acting gig was the role of the male lead, Danny Zuko, in the national touring company production of Grease. He later appeared in the Broadway stage musical three times, twice in the role of Zuko. At 40, Zmed revived the role of Zuko in the 1995 Broadway revival.

In 1978, Zmed made his television debut, appearing as Marty Decker in two episodes of ABC's Starsky and Hutch. From there, he won the role of Socks Palermo in the short-lived CBS television series Flatbush (1979), based upon the Sylvester Stallone and Henry Winkler film, The Lords of Flatbush. Following the show's cancellation, he was cast as Frankie Millardo in Goodtime Girls, which lasted one season (1980). He had guest roles on such series as Angie, I'm a Big Girl Now and Bosom Buddies, and made a guest appearance on An Evening at the Improv in 1982.

Zmed reached celebrity status as Officer Romano in ABC's T.J. Hooker. He played Fred Feliciano in Victims for Victims: The Theresa Saldana Story (1984) and made guest appearances on a number of television shows throughout the 1980s and 1990s, including Hotel, Empty Nest, Murder, She Wrote and Caroline in the City. He left T.J. Hooker in 1985 when the show moved to CBS, choosing instead to replace Deney Terrio as host of Dance Fever for its final two seasons.

He has appeared as himself on VH1's I Love the 80s, Saturday Night Live and also filled in on The Bozo Show. He appeared as Basil (the "floating head") on the NBC soap opera Passions and participated in VH1's Confessions of a Teen Idol.

Following the huge success of John Travolta and Olivia Newton-John in the movie version of Grease, Paramount Pictures quickly secured the rights to a sequel. Zmed was chosen to play one of the lead characters in Grease 2, Johnny Nogerelli, the new leader of the T-Birds gang. His performance led to other movie roles, including The Final Terror (1983) and Bachelor Party (1984). He appears in the film The Craving Heart (2006).

Zmed returned to stage work in the 1990s. He headlined the musical Children of Eden at the Paper Mill Playhouse. He starred in three shows on Broadway: Falsettos, Blood Brothers, and Grease. He later appeared as Noah in the musical The Ark in New York City. He played Nick in the short-lived play Surf The Musical at Planet Hollywood in Las Vegas in 2012.

Zmed provided the voiceover for "Toth" in the 2002 video game, Star Wars Jedi Starfighter. He was also under contract until April 2009 with Princess Cruise Lines to perform Adrian Zmed, In Concert... aboard the Coral Princess and the Island Princess, debuting June 25, 2008.

In 2006, he filmed a 30-second public service announcement for the non-profit organization Dogs Deserve Better.

Zmed has been married three times. He married his high school sweetheart, Barbara Fitzner, in 1976. Their two sons, Zachary and Dylan, are rock musicians who have been members of the rock band The Janks and the Bird Dogs.

Zmed remains friends with his co-star and childhood television hero, William Shatner. He spoke in a 2016 interview with Las Vegas Magazine about Shatner:

I learned so much just watching him. ...it's a very different energy on camera than onstage. Instead of reaching the last person 50 rows away from you, you're reaching someone three feet in front of you, which is really daunting.... His camera technique was just incredible. He was so relaxed and all. I learned so much in term of the moment, on how you readjust your energy, how you get efficient with camera technique. And just the stories. When he directed, he would mentor me. I do consider Bill a mentor, no question about it.... Oh yeah. He was very helpful in saying, "Be smart with the money that you're making during TJ Hooker and be smart with the decisions you're making in terms of your career." ... I did heed his advice on making good choices. 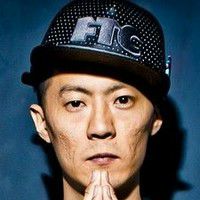