Adrian Zenz is a German anthropologist known for his studies on Xinjiang re-education camps. He is a lecturer in social research methodology at the European School of Culture and Theology [de] and a senior fellow in China studies at the Victims of Communism Memorial Foundation.

In December 2019, The Grayzone claimed that Zenz's July 2019 study on the number of detainees was based on a single report from a pro-Xinjiang separatist television channel.

Zenz is a born-again Christian. 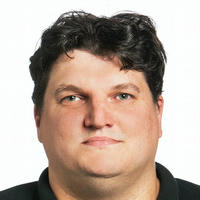