Adrian Stoughton (1556–1614), of Stoughton, Surrey and West Stoke, near Chichester, Sussex, was an English politician.

He was the son of Thomas Stoughton, MP and the brother of Laurence Stoughton, MP. Educated at the Inner Temple, he was called to the bar in 1587. He was the Recorder of Chichester from 1600.

He married c.1583, Mary, the daughter of William Jordyn of Chitterne, Wiltshire, with whom he had 16 children, including 2 sons and 6 daughters.

The contents of this page are sourced from Wikipedia article on 07 Jul 2020. The contents are available under the CC BY-SA 4.0 license.
comments so far.
Comments
From our partners
Sponsored
Reference sources
References
http://www.historyofparliamentonline.org/volume/1558-1603/member/stoughton-adrian-1556-1614
Trending today in 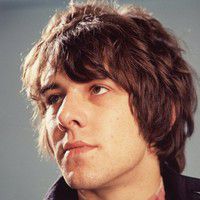