Adrian Hasler (born 11 February 1964) is a politician from Liechtenstein and the current Prime Minister of Liechtenstein.

Hasler is a trained economist and was head of the Liechtenstein National Police Force. Adrian Hasler married on 28 May 2003 to Gudrun Elkuch (born on 5 September 1973), and they have two sons, Pascal and Luis.

Adrian Hasler got his Matura, the general qualification for university entrance, in 1984 at the Liechtenstein secondary school in Vaduz. Subsequently, he started studying business administration with an area of expertise in finance and accounting at the University of St. Gallen, where he graduated in 1991. After that he was head of controlling in the business division Thin Films of Balzers AG. From 1996 until 2004 he was head of Group Finance and deputy-director of the Verwaltungs- und Privat-Bank in Vaduz.

In 2012, he was selected as the FBP candidate for Prime Minister for the parliamentary elections in 2013. The party won the election. 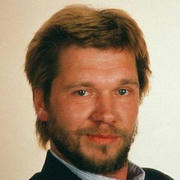