Adonna Jantina Khare (born February 7, 1980) is an American artist from Burbank, California mainly focused on large-scale pencil drawings. She received her Masters of Fine Art from California State University Long Beach. Her work has been collected by prestigious public and private collections throughout the world. In 2012 she won the world’s largest art competition ArtPrize, competing against over 1500 artists from all around the world.

The contents of this page are sourced from Wikipedia article on 21 Aug 2020. The contents are available under the CC BY-SA 4.0 license.
comments so far.
Comments
Reference sources
References
https://www.californiabirthindex.org/birth/adonna_jantina_khare_born_1980_14502016
http://articles.latimes.com/2012/oct/08/entertainment/la-et-cm-adonna-khare-wins-200000-artprize-20121007
http://www.mlive.com/artprize/index.ssf/2013/09/artprize_2012_200000_prize_winner_adonna_khare_artprize_has_changed_my_life.html
http://www.huffingtonpost.com/2012/10/09/adonna-khare-art-prize_n_1950922.html
http://www.juxtapoz.com/current/amazing-pencil-works-by-adonna-khare
http://www.boiseartmuseum.org/exhibition/adonna-khare/
http://www.adonnak.com/
Trending today in 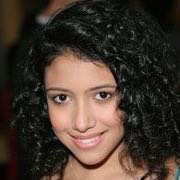