Adolfo Marsillach Soriano (January 25, 1928, Barcelona – January 21, 2002, Madrid) was a Spanish actor Catalan descent, playwright and theatre director.
He was known for his collaborations with playwright Alberto Miralles.
He is the father of Spanish actresses Blanca Marsillach and Cristina Marsillach. 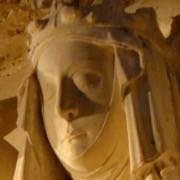