Adolfas Ramanauskas codename Vanagas (March 6, 1918 in New Britain, Connecticut – November 29, 1957 in Vilnius) was one of the prominent leaders of the Lithuanian partisans. Ramanauskas worked as a teacher when Lithuania was occupied by the Soviet Union in 1944–45. He joined anti-Soviet resistance, advancing from a platoon commander to the chairman of the Union of Lithuanian Freedom Fighters. From 1952 he lived in hiding with fake papers. Ramanauskas was the last partisan commander to be captured. Betrayed, he was arrested, tortured, and eventually executed by KGB. After Lithuania regained independence in 1990, Ramanauskas was posthumously awarded the Order of the Cross of Vytis and promoted to brigadier general. His daughter, Auksutė Ramanauskaitė-Skokauskienė, was elected to the Seimas (Lithuanian parliament) in 2008.

Ramanauskas was born to Lithuanian immigrant family in the United States. In 1921, his family returned to Lithuania, bought 6 hectares (15 acres) of land in Bielėnai near Rudamina, and took up farming. Ramanauskas graduated from Galiniai primary school in 1930, and from Lazdijai secondary school in 1937. He continued his studies at the Klaipėda Pedagogical Institute (now Vilnius Pedagogical University). Just before graduation the Klaipėda Region (Memel Territory) was ceded to Nazi Germany; therefore the institute was evacuated to Panevėžys. The same year, Ramanauskas enrolled into the Kaunas War School. He graduated with the rank of second lieutenant in the reserve forces. His class of 1940 was the last class to graduate from the war school before Lithuania was occupied by the Soviet Union in June 1940.

After graduation Ramanauskas moved to Krivonys near Druskininkai where he became a teacher. He participated in the anti-Soviet June Uprising at the start of the 1941 German invasion of Russia. During the Nazi occupation of Lithuania, Ramanauskas lived in Alytus and taught mathematics, Lithuanian language, and physical education at the Alytus Teachers' Seminary. As the Red Army was winning over the Wehrmacht, Lithuania was once again occupied by the Soviet forces. In spring 1945, Ramanauskas joined the Lithuanian partisans who waged an armed guerrilla warfare against the Soviets. He chose codename Vanagas (Hawk) and joined partisan formations in southern Lithuania (Suvalkija and Dzūkija), which were most active among Lithuanian partisans.

Ramanauskas joined a partisan platoon operating in the environs of Nemunaitis and Alovė and was immediately elected its commander. He organized disorganized resistance members into a 140-men Merkinė company (later reorganized into a battalion). The early stages of resistance saw open battles with the NKVD and destruction battalion forces. Two of such encounters was in the Varčios Forest between Alovė and Daugai on June 14 and 23, 1945. During the shootout, 30–47 partisans were killed and 6–14 taken prisoners. On July 1, 1945, Ramanauskas was promoted to commander of Merkys Brigade (composed of three battalions – Merkinė, Marcinkonys and Druskininkai). In October 1945, in Nedzingė he married Birutė Mažeikaitė, a former student at the Alytus Teachers' Seminary and fellow partisan fighter (codename Vanda). On December 15, 1945, he led a daring but unsuccessful attack on Merkinė. The partisans destroyed Soviet records, but were unable to free prisoners, or overpower the Soviet troops entrenched in the local church. Ramanauskas strove to improve organization and centralized command of the partisans. He became commander of the Dainava Command (Lithuanian: Dainavos apygarda) after the death of Dominykas Jėčys-Ąžuolis in September 1947 and of the South Lithuania Region (Lithuanian: Pietų Lietuvos sritis) in 1948. He also wrote, edited, and published numerous partisan newspapers, including Mylėk Tėvynę (1946–47), Laisvės varpas (1947–49), Свободное слово (Russian-language newspaper for Soviet soldiers; 1947–49), Miško brolis (1951–52).

In February 1949, he participated in a meeting of all partisan commanders in the village of Minaičiai. The Union of Lithuanian Freedom Fighters, chief command of the partisans, was established during the meeting. Ramanauskas was elected to the presidium of the Union and as first deputy of its chairman Jonas Žemaitis. He was also promoted to the rank of Major. In fall 1949, Ramanauskas was further promoted to Colonel and chief commander of the defensive forces of the Union of Lithuanian Freedom Fighters. When Žemaitis resigned due to poor health in 1952, Ramanauskas became the leader of the Union. However, by that time the armed resistance had diminished. Due to heavy losses organized structures broke down and partisans continued their struggles individually. Ramanauskas officially ordered cessation of armed struggle in favor of passive resistance.

He obtained fake documents and lived in hiding. While in hiding he wrote three-part memoirs, which were hidden by trusted people and uncovered only in 1988–89 during the era of glastnost and first published as Daugel krito sūnų… (Many Sons Have Fallen…) in 1991. KGB operatives, led by Petras Raslanas and Nachman Dushanski, continued to search for Ramanauskas. He was betrayed by Antanas Urbonas, former classmate at the Kaunas War School, and arrested on October 11, 1956. He was taken to KGB prison in Vilnius (now Museum of Genocide Victims) and tortured. On October 12, barely alive, he was transferred to a hospital, where doctors noted his many wounds – punctured eye, missing testicles, bruised stomach, etc. Ramanauskas was sentenced to death on September 25, 1957, and executed on November 29, 1957. The place of his burial is unknown. His wife Birutė Mažeikaitė was sentenced to 8 years in Gulag. 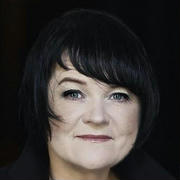 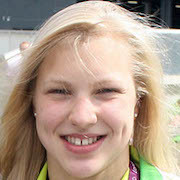