He was active in the communist movement from 1889, becoming a member of the executive of the Social Democracy of the Kingdom of Poland and Lithuania (SDKPiL), and a member of the Communist Party of Poland (KPP) from 1918. He held positions in the KPP's Central Committee (1919–29) and Politburo (1923-29, with an interruption), but then left Poland for the Soviet Union where he lived from 1929 until his execution.

An opponent of the Stalinisation of the KPP and of the Communist International, Warski was arrested during the Great Purge, in early 1937, and executed by the NKVD the same day. He was fully rehabilitated in 1956, during the De-Stalinization process that followed Joseph Stalin's death, and the Szczecin shipyard, Stocznia Szczecińska Nowa, was renamed in his honor (Stocznia im. Adolfa Warskiego) by the authorities of the People's Republic of Poland. 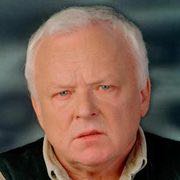