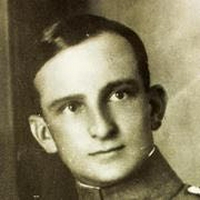 Adolf von Tutschek was born in Ingolstadt. He was the son of Karl Tutschek, Chief Medical Officer to the Royal Bavarian Military Academy.

He attended Saint Anna High School in Augsburg until 1910, then joining the Royal Bavarian Cadet School. After graduation in October 1912, he joined in the "Prince Carl of Bavaria" 3rd Royal Bavarian Infantry Regiment as a Fahnenjunker (officer aspirant). He was later commissioned as Leutnant. He started his field service in World War I with prussian Fusilier Regiment No. 40 in Vosges, but soon was transferred back to Bavarian 3rd Infantry Regiment (from March 1915 on part of Bavarian 11th Division), first as 2nd battalion's adjutant, then as company leader in France, Galicia, Poland and Serbia. In May 1915 in Gorlice, Poland, he was wounded in the foot by a hand grenade splinter.

On 25 February 1916, he was awarded the Military Order of Max Joseph for storming a Russian stronghold near Petrylów in Poland (south of Brest-Litowsk) with two companies of 3rd Bavarian Infantry and holding it against repeated counterattacks (10 August 1915).

In early 1916, he was promoted to Oberleutnant. In March 1916, he was seriously wounded by poison gas during the Battle of Verdun. Upon his recovery, he requested pilot training.

In July 1916 he attended flight school at Schleissheim with FEA 1. In October 1916 he returned to the front flying initially with FA 6b, an artillery spotting unit.

He was then posted to fly single-seaters with Jagdstaffel 2 in January 1917. Over the next three months, he flew 140 combat sorties, made seven victory claims and had three confirmed. His first triumph, on 6 March 1917, was over the DH-2 of 6-kill ace Lt. Maximillian Mare-Montembault M.C. of No. 32 Squadron, who was forced down and captured.

On 28 April, he assumed command of Prussian Jasta 12 based at Epinoy upon the death of its commander. One of the pilots there was future Jasta 52 commanding officer and ace Paul Billik. His appointment was unusual in that although a Prussian raised Jasta, von Tutschek was a Bavarian. On 30 April Von Tutschek allayed any Prussian suspicion of Bavarians by sprinting to his airplane through falling bombs during a raid on their home airfield; he led a flight into the air into a night pursuit of the bombers. He shot down one of the raiders, a FE-2b of 57 Squadron, thus scoring a victory on his first flight with his new command.

His personal aircraft color scheme was ink black overall with a white propeller spinner and a square white background for the Maltese cross tail markings.

Von Tutschek scored his tenth victory on the 20th, a long duel with a SPAD of No. 23 Squadron that crashed in flames.

On 26 May Von Tutschek left for leave, and returning on 26 June attacked two Sopwith 1​⁄2 Strutters, though the return fire damaged Von Tutschek's Albatros and forced him to land. In combat with 60 Squadron Nieuports on 29 June his engine was again damaged, and he force-landed near Cantin.

He scored 11 victories in July. On the 15th, he downed one of Captain Billy Bishop's 60 Squadron's comrades, Lt. GAH Parkes, for victory number 16. On the 28th, he shot down English 7-kill ace Flt. Sub-Lt. E.D.Crundall of Naval 8 Squadron RNAS (who survived), on a morning sortie. In the afternoon, he claimed another ace, 40 Squadron's Captain John Henry Tudhope (10 victories), who returned to base, damaged.

On 11 July, he was awarded the Royal House Order of Hohenzollern. On 3 August 1917, after 21 victories, he was awarded Germany's premier decoration for valor, the Pour le Mérite.

On 11 August 1917, after victory 23, Tutschek was severely wounded in the shoulder by Flt Lt Charles Dawson Booker of Naval 8 Squadron. If Viktor Schobinger had not intervened and shot Booker down, Tutschek would probably have been killed.

With his lower right shoulder blade shattered, Tutschek took six months to recover and spent the time writing a memoir of his flying experiences, Stürme und Luftsiege (Attacks and Air Victories). His edited letters would also appear in print at a later date.

Returning to active service in February 1918, Hauptmann von Tutschek was given command of the new Jagdgeschwader 2, consisting of Jastas 12, 13, 15, and 19. He was pitched into the challenge of gearing up and staffing a new organization; he expressed his dissatisfaction with progress in his diary. The new unit was short of aircraft, parts, and fuel and faced a numerically superior Royal Flying Corps.

One of his prerequisites was a new airplane to fly. He was delighted with his brand-new Fokker Dr.I triplane. He first test flew it on 17 February 1918, and raved about it in his diary "..a tremendous machine climbs terrifically." He flew it to the last four victories of his career, on 26 February, and 1st (a balloon) 6th and 10 March.

On the last day of February, he narrowly survived a mid-air collision with Lt. Paul Blumenbach flying another triplane. Both pilots managed to coax their damaged machines to safe landings.

On 15 March 1918, South African 10-kill ace Lieutenant H. B. Redler of the Royal Flying Corps's No. 24 Squadron shot down von Tutschek. The German spun down in his green triplane (SNo.404/17) out of control. There are two versions of what followed.

One version of his death states when found he still had his wiping cloth tucked through his buttonhole and under his safety harness; as it was his habit to wipe his goggles clean going into battle, it was deduced he had been caught unaware.

A second version, less likely, claimed that one of Redler's bullets creased Tutschek's head and that the wound caused him to land. He supposedly waved to his wingmen as they circled, but was later found dead next to his plane.

The contents of this page are sourced from Wikipedia article on 10 Mar 2020. The contents are available under the CC BY-SA 4.0 license.
View Adolf Ritter von Tutschek 's image gallery
Image Gallery