Adolf Kurt Placzek (9 March 1913 – 20 March 2000) was an Austrian-American preservationist, editor, librarian, and architectural historian. He worked at Columbia University's Avery Architectural Library for 32 years. He was a member of the New York City Landmarks Preservation Commission from 1984 to 1993, where he presided over a number of important designations, such as the African Burial Ground Historic District and the Ladies' Mile Historic District.

Widely known as Dolf, Adolf Kurt Placzek was born on March 9, 1913, in Vienna, Austria, to Oswald Placzek and Pauline Selinko. Following a family tradition, he began studying medicine at the University of Vienna in 1931, but switched to art history, concentrating on architectural history, in 1934. He had not yet completed his studies when in March 1938, with the annexation of Austria, Jews were banned from further studies.

In 1939, he escaped to England and in 1940, he emigrated to the United States, settling in New York, where he graduated with a bachelor's degree from Columbia University's School of Library Service in 1942. To pay for his studies, he worked as an assistant bibliographer at Columbia University's Avery Architectural and Fine Arts Library, then under the direction of Talbot Hamlin. He then served in the US Army from 1943 to 1946.

In 1948, Placzek returned to working at Avery Library as an Assistant Librarian. In 1960, he was named head librarian. He served in that position for twenty years, before retiring in 1980. Under his leadership, Avery Library became known as one of the greatest architectural libraries in the world. During that time, he also taught at Columbia's Historic Preservation Program, founded in the 1960s by Charles E. Peterson and James Marston Fitch.

In 1970, he was appointed professor in the Graduate School of Architecture at Columbia University.

Placzek not only acquired great architectural books and archives but also contributed to their greater access by editing reprints, among which Sebastiano Serlio on Domestic Architecture earned several prizes. He also oversaw the publication, by G. K. Hall & Co., of the Catalog of the Avery Memorial Architectural Library in 19 volumes, to which 16 supplementary volumes were added over the years, and of the Avery Index to Architectural Periodicals in 15 volumes and many supplements.

After retiring from Avery Library and Columbia University in 1980, Placzek edited the four-volume Macmillan Encyclopedia of Architects (1982). In 1986, he became a co-editor of "The Buildings of the United States," a voluminous series published by Oxford University Press under the editorial direction of the Society of Architectural Historians, of which he was a past president. Five volumes of the proposed 70 have been published so far.

Placzek was an active member of the Architectural History Foundation in New York City. After his retirement, he joined the New York City Landmarks Preservation Commission, where he served as commissioner for nine years.

Morrison Heckscher, the curator of American decorative arts at the Metropolitan Museum of Art said of Placzek, "He did some of his most significant work after 1980, including three works that are absolutely crucial for architects and scholars."

While living in London, Placzek met and fell in love with his first wife, British writer Jan Struther (pen name of Joyce Anstruther Maxtone Graham), author of Mrs. Miniver—a war-time novel that was adapted into a movie of the same name, starring Greer Garson and Walter Pidgeon (directed by William Wyler). Placzek and Jan married in 1948.

Jan died from cancer in 1953. In 1957, Placzek married his second wife Laura Beverley Robinson. They traveled frequently to Europe, especially to England, where Placzek maintained close and cordial relations with Jan's children and grandchildren. 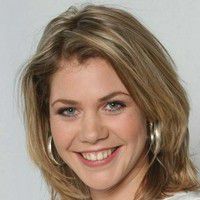 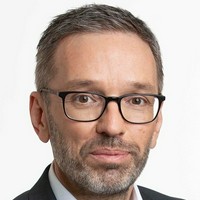