Born in Berlin, he was the son of Georg Adolf Erman and grandson of Paul Erman and Friedrich Bessel.

Educated at Leipzig and Berlin, he became associate professor of Egyptology at the University of Berlin in 1883 and full professor in 1892. In 1885 he was appointed director of the Egyptian department at the royal museum. In 1934 he was excluded from the faculty of the university because he was, according to the Nazi ideology, one quarter Jewish. As his family had converted to Protestantism in 1802 he and his family were not persecuted by the Nazis, but they all lost their positions.

Erman and his school at Berlin had the difficult task of recovering the grammar of the Egyptian language and spent thirty years of special study on it. The greater part of Egyptian texts after the Middle Kingdom having been written in what was even then practically a dead language, as dead as Latin was to the medieval monks in Italy who wrote and spoke it, Erman selected for special investigation those texts which really represented the growth of the language at different periods, and, as he passed from one epoch to another, compared and consolidated his results.

The Neuägyptische Grammatik (1880) dealt with texts written in the vulgar dialect of the New Kingdom (Dyns. XVIII to XX). Next followed, in the Zeitschrift für ägyptische Sprache und Alterthumskunde, studies on the Old Kingdom inscription of Unas, and the Middle Kingdom contracts of Assiut, as well as on an Old Coptic text of the 3rd century CE. At this point a papyrus of stories written in the popular language of the Middle Kingdom provided Erman with a stepping-stone from Old Egyptian to the Late Egyptian of the Neuägyptische Grammatik, and gave the connections that would bind solidly together the whole structure of Egyptian grammar (see Sprache des Papyrus Westcar, 1889). The very archaic pyramid texts enabled him to sketch the grammar of the earliest known form of Egyptian (Zeitschrift d. Deutsch. Morgenl. Gesellschaft, 1892), and in 1894 he was able to write a little manual of Egyptian for beginners (Ägyptische Grammatik, 4th ed., 1928), centering on the language of the standard inscriptions of the Middle and New Kingdoms, but accompanying the main sketch with references to earlier and later forms.

Erman's pupils include James Henry Breasted, America's first Professor of Egyptology with his numerous works including his History of Egypt from the Earliest Times Down to the Persian Conquest (1905) and Georg Steindorff's little Koptische Grammatik (1894, ed. 1904), improving greatly on Stern's standard work in regard to phonology and the relationship of Coptic forms to Egyptian, and Sethe's Das Ägyptische Verbum (1899). The latter is an extensive monograph on the verb in Egyptian and Coptic by a brilliant and laborious philologist. Owing to the very imperfect notation of sound in the writing, the highly important subject of the verbal roots and verbal forms was perhaps the obscurest branch of Egyptian grammar when Sethe first attacked it in 1895. The subject has been reviewed by Erman, Die Flexion des Aegyptischen Verbums in the Sitzungsberichte of the Berlin Academy, 1900. The Berlin school, having settled the main lines of the grammar, next turned its attention to lexicography. It devised a scheme, founded on that for the Latin Thesaurus of the Berlin Academy, which almost mechanically sorts the whole number of occurrences of every word in any text examined. In 1897, Erman, working together with Sethe, Hermann Grapow and other coworkers from all over the world, started to catalogue all the words from all the known Egyptian texts available; the result was an ensemble of about 1,500,000 datasheets that form the basis for the masterpiece of the ancient Egyptian lexicography, the famous Wörterbuch der ägyptischen Sprache, whose first five volumes were published between 1926 and 1931. The complete edition of this gigantic dictionary comprises a total of twelve volumes.

Erman said that the so-called pseudo-participle had been in meaning and in form a rough analogue of the Semitic perfect, though its original employment was almost obsolete in the time of the earliest known texts. 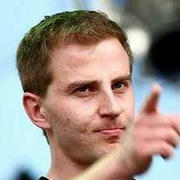