Heinrich Gustav Adolf Engler (25 March 1844 – 10 October 1930) was a German botanist. He is notable for his work on plant taxonomy and phytogeography, such as Die natürlichen Pflanzenfamilien (The Natural Plant Families), edited with Karl A. E. von Prantl.

Even now, his system of plant classification, the Engler system, is still used by many herbaria and is followed by writers of many manuals and floras. It is still the only system that treats all 'plants' (in the wider sense, algae to flowering plants) in such depth.

Adolf Engler was born on March 25, 1844, in Sagan, Silesia, now Żagań, in western Poland as Heinrich Gustav Adolf Engler, and died in Berlin, Germany, on October 10, 1930.

He studied and obtained a PhD from the University of Breslau (now Wrocław, Poland) in 1866. After some years of teaching, he became, in 1871, custodian of botanical collections of the Botanische Institute der Ludwig Maximilian University München (Botanical Institute of Munich), remaining there until 1878, when he accepted a professorship at the University of Kiel, where he stayed until 1884, teaching systematic botany. Also in 1878, Engler was elected into Leopoldina, German Academy of Natural History. He went back to Breslau in 1884, as director of the Botanical Garden, succeeding Goeppert, and appointed professor of botany at the University of Breslau. From 1889 to 1921, Engler was a professor at University of Berlin, and director of the Berlin-Dahlem Botanical Garden, transforming it into one of the greatest botanical gardens of the world.

He visited several regions of the world, enlarging the knowledge of floristic distribution, especially of Africa.

Besides his important work in general plant taxonomy, he was also an expert in some taxa, such as Saxifraga, Araceae, Burseraceae, and others.

Adolf Engler collaborated with several other great botanists, including Alphonse de Candolle on the Monographiae Phanerogamarum (Monographs of Flowering Plants), and C.F.P. von Martius on the monumental work Flora Brasiliensis (Flora of Brazil).

He founded the journal Botanische Jahrbücher für Systematik, Pflanzengeschichte und Pflanzengeographie (Botanical Yearbook for Systematics, Plant Phylogeny and Phytogeography, ISSN 0006-8152), published in Leipzig, Germany, which has continued in publication from 1881 to the present. In 2010, this publication changed its name to Plant Diversity and Evolution: Phylogeny, Biogeography, Structure and Function, ISSN 1869-6155.

He was one of the pioneers in this field of science, highlighting the importance of factors such as geology on biodiversity, and defined biogeographical regions in 1879.

He received the Linnean Medal in 1913. The International Association for Plant Taxonomy established the Engler Medal in his honour in 1986, to be awarded for outstanding contributions to plant taxonomy.

The standard author abbreviation Engl. is used to indicate this person as the author when citing a botanical name.

Engler is commemorated in the specific epithet adolphi.

The contents of this page are sourced from Wikipedia article on 09 Feb 2020. The contents are available under the CC BY-SA 4.0 license.
View Adolf Engler 's image gallery
Image Gallery 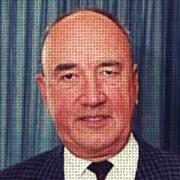