Rami began his football career playing for amateur club Étoile Fréjus Saint-Raphaël, then known as ES Fréjus. Due only playing the sport as a hobby, he spent three seasons at the club playing in the Championnat de France amateur, the fourth division of French football. In 2006, Rami ascended three divisions after signing with Ligue 1 club Lille OSC. At Lille, Rami developed in a starter making his professional debut in May 2007. He is nicknamed "Shrek" by teammates and Lille supporters. In January 2011, Rami joined Spanish club Valencia agreeing to a four-year contract. He was immediately loaned back to his previous club and was, subsequently, a part of the Lille team that won the league and cup double.

Despite constant early inquiries from Morocco prior to his first selection, Rami is a French international. He was pre-selected to play for France at the 2010 FIFA World Cup, but did not make the final squad. Rami made his senior debut on 11 August 2010 in a friendly match against Norway.

Rami was born in the city of Bastia on the island of Corsica to Moroccan parents. As a youth, his family moved to the mainland, eventually settling in the southern coast city of Fréjus, where his mother worked as a member of the city council. Rami is the third of four children and has two sisters and one brother. While training to become a professional football player, Rami worked for the city after his family grew concerned for his future. He often did odd-jobs such as taking care of the maintenance and cleanliness of the city.

Rami registered as a youth player for Étoile Fréjus Saint-Raphaël, then known as ES Fréjus, in 1994 at the age of nine. Despite harboring ambitions of playing football professionally, Rami only played the sport as a hobby and worked for city hall to support himself. He made his amateur debut for the club during the 2003–04 season while Fréjus were playing in the Championnat de France amateur, the fourth division of French football. He appeared in four matches in his first season. In the 2004–05 season, Rami appeared in 24 matches as Fréjus finished mid-table.

Ahead of the 2005–06 season, Rami switched to playing in central defence. He initially played as an offensive player often in the midfield, but following an injury to a teammate, whom Rami described as his best friend, his coaches inserted him into defence. The transition was a success with Rami appearing in 30 matches with Fréjus finishing mid-table for the third consecutive season. Midway through the campaign, Rami was offered a trial by professional club Lille OSC. Eager to leave the amateur club, he took the opportunity and after a week's training session with Lille, which Rami described as "hard", he was signed to an amateur contract with Fréjus receiving a meager €10,000.

Upon his arrival to the club, Rami was inserted onto the club's Championnat de France amateur team and was supervised by coach Pascal Planque, who Rami stated gave him the best opportunity to grow as a player. He appeared in 27 matches as the team finished in third spot, which was best among professional club's reserve team's playing in the group. With two months remaining in the 2006–07 Ligue 1 season, Rami was called up to the senior team by manager Claude Puel. He made his professional debut on 19 May 2007 in a league match against Auxerre starting in the centre back position. The following week, Rami started again against Rennes. On 4 June, Rami signed his first professional contract after agreeing to a three-year deal until 2010. He was, subsequently, promoted to the senior squad on a permanent basis and assigned the number 23 shirt.

In the 2007–08 season, Rami was declared a starter by Puel and inserted into the centre back position alongside captain Grégory Tafforeau. In the opening match of the season against Lorient, Rami featured in the match until the 69th minute when he suffered an injury to ligaments in one of his knees. He, subsequently, missed three and a half months due to the injury and returned in November 2007. Upon his return, Rami featured in every remaining match for Lille, excluding one league match. Lille finished the campaign in 7th place, one spot out of Europe. After the season, Rami signed a two-year contract extension with the club. For the 2008–09 season, Rami's league debut against Nancy was halted in injury time after earning a straight red card. On 18 October 2008, he scored his first professional goal in a 2–2 draw against Lyon. The following month, Rami scored against Marseille in another 2–2 draw. On 1 February 2009, he scored the would-be game-winning goal against Bordeaux in the 57th minute, however, the goal was canceled out eight minutes later by Yoann Gourcuff to draw the match at 2–2. Rami's 4th and final goal of the season was the team's second goal in a 3–2 win over Nancy on the final day of the league season. The victory secured 5th place for Lille, which resulted in the club qualifying for the newly created UEFA Europa League.

Following the season, Rami drew considerable interest from several clubs, which included French clubs Marseille and Lyon, English clubs Liverpool and Arsenal, and Italian club Milan. Despite suitable offers for the player, Lille chairman Michel Seydoux declared that Rami was not going to be leaving the club after a reported move to Marseille for €12 million was abruptly canceled in July 2009. The announcement led to a distraught and angry Rami declaring that he would see out the rest of his contract with Lille playing in the reserves if he wasn't transferred. He even went as far as to state that there was a conspiracy between Lille and Lyon, due to the club's easy negotiations during transfers between each other, as well as Seydoux's brother, Jérôme, being a shareholder of Lyon. On 15 August 2009, Rami apologized for the comments and declared that he would remain at Lille.

Rami began the 2009–10 season again as a starter as Lille struggled early on due to its tough schedule, in which the team faced Marseille, Paris Saint-Germain, and Toulouse in the first four weeks of the season. He made his UEFA Europa League debut on 30 July 2009 in the first leg of the club's third qualifying round match. Rami scored his first goal of the season on 19 September in the annual Derby du Nord match against Lens. With Lille trailing 1–0 in injury time at a hostile Stade Félix-Bollaert, Rami connected on a header following a corner kick in the 93rd minute to draw the match at 1–1, which was the final result. On 28 October, he scored his second goal against Saint-Étienne in a 4–0 victory after delivering a curling free kick from almost 35 meters out. On 25 February 2010, Rami scored the aggregate-winning goal in the team's Round of 32 second leg tie away to Fenerbahçe after connecting on a header five minutes from time.

On 3 January 2011, Spanish club Valencia CF confirmed on its website that the club had reached an agreement with Lille for the transfer of Rami with the La Liga outfit paying Lille a reported transfer fee believed to be in the range of €6–10 million. Rami finished the 2010–11 campaign with Lille on loan from Valencia and officially joined his parent club on 13 June after successfully passing a medical.

He made his debut for Valencia against Racing Santander in a 4–3 home win. In the same game, Rami scored his first goal for the club from a corner kick, making it 2–3.

On 25 September 2013, Valencia temporarily suspended Rami from his contract after he gave an interview on Radio Valencia in which he openly criticised his team-mates and his coach, Miroslav Djukic. He was also fined €275,000 (€130,000 net) of his remaining salary owed for the half of the season, the largest ever imposed by Valencia. Meanwhile, Rami left the Spanish club and started training with A.C. Milan. On 16 October 2013, Valencia gave him permission to train with the Italian club and an agreement was reached between the clubs, that the player will be loaned to Milan when the winter transfer window opens, on 3 January 2014, with the option to buy. On 6 January 2014 he made his debut in Serie A, coming on as a substitute for Cristián Zapata in a match against Atalanta, which ended in a 3-0 win. On 1 February 2014, he scored his first goal in the Serie A, in a match against Torino. He scored his second goal against Sampdoria, on 23 February 2014. His third and last goal of the season was scored on 16 March 2014, in a match against Parma.

On 1 July 2015, Spanish newspaper Marca confirmed that Sevilla FC had reached an agreement with Milan to sign Rami for four seasons, the transfer fee is believed to be €3.5 million.

Rami is a French international having made his debut on 11 August 2010 in a friendly match against Norway. Prior to representing France, he drew interest from the Moroccan national team. Ahead of the 2008 Africa Cup of Nations, Rami was offered a chance to play with Morocco at the competition by manager Henri Michel. Rami declined the offer and cited his ambition to play for France. He has stated on several occasions that he would prefer to "represent Morocco within the France team". On 20 March 2008, Rami received his first call-up to the French national team by former coach Raymond Domenech for a friendly match against England. Rami was informed of the summons by Lille teammate and captain Rio Mavuba, which Adil took as a joke. The call up was, indeed, considered surprising by the French media and supporters as Rami had only played 17 Ligue 1 matches. Unsurprisingly, Rami featured with the B team in its friendly against Mali on 25 March 2008. Due to the match being unofficial, Rami was again offered the chance to play for Morocco after being called up for the team's friendly match against the Czech Republic on 11 February 2009 by new manager Roger Lemerre. Rami again declined the opportunity. On 19 March, he was called up again by Lemerre for the team's FIFA World Cup qualification match against Gabon. Rami, for the third time, declined the opportunity and later accepted his summons to the French squad for its FIFA World Cup qualification matches against Lithuania. On 11 May 2010, despite not making an appearance for the team, Rami was named to the 30-man preliminary list by Domenech to play in the 2010 FIFA World Cup, but failed to make the final 23.

On 5 August 2010, Rami was called up to the senior team by the new manager Laurent Blanc for the team's friendly match against Norway on 11 August 2010. He earned his first senior cap in the match starting in the centre back position alongside Philippe Mexès. After appearing regularly in qualifying for UEFA Euro 2012, on 29 May 2012, Rami was named to the squad to participate in the competition. Two days earlier, he had scored his first international goal in a 3–2 friendly comeback win over Iceland. Rami made his debut in the finals a senior international competition on 11 June in his team's opening match against England. He started and played the entire match, which ended in a 1–1 draw. He also played every minute of France's final three matches of the tournament -

two Group D matches against Ukraine and Sweden, and the quarter-final against the defending champions Spain. 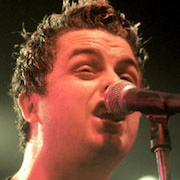