Adil al-Kalbani عادل الكلباني is a former Imam of the Mecca Great Mosque.

Born in Riyadh in 1378 AH on the 25th of Ramadan, al-Kalbani is the son of a poor immigrant from Ras al-Khaima (present day UAE), who came to Saudi Arabia in the 1950s. His father used to work as a goverment clerk. Due to his family's financial situation, after finishing high school al-Kalbani took a job with Saudi Arabian Airlines, whilst attending evening classes at King Saud University.

Al-Kalbani's first teacher in his further islamic studies was Hasan Ibn Gaanim Al Gaanim. He studied elements of Sahih Bukhari, Jamiat Tirmidhi and Tafsir ibn Kathir with him. Attending the college of principles of the religion, he studied with Mustafa Muslim who taught Tafsir Baydawee at Imam Muhammad ibn Saud Islamic University. Finally, he studied Akhir Tadmariyah, with Abul Rahman Ibn Jibrin and studied the Quran with Ahmad Mustafa. In 1994, he passed the government exam and became an Imam.

After a brief stint working at the Mosque in Riyadh airport, he moved on to working as an Imam at the more prominent King Khalid Mosque. He once dreamed that he had become the imam at the Great Mosque of Mecca. Two years later, in September 2008, he was selected by the King to be the imam at that mosque.

In Japan's city of Bendu, a center of Minhaj-ul-Quran was visited by Al-Kalbani on June 30, 2013. Al-Kalbani has also denied any Muslim Brotherhood affiliation for Arefe and him, saying that he is affiliated with the Union of Muslim Scholars.

Al-Kalbani has said he is not a Shaykh (an authority in religious matters) but a Qari.

He has two wives and twelve children.

Al-Kalbani admitted that Salafism is a source of ISIL ideology.

Al-Kalbani declared as apostates the religious clerics among the Twelver Shia, BBC was the agency that was interviewing him. The statement on Twelver Shia by Kalbani prompted a backlash from Twelver Shia in Saudi Arabia.

According to his tweet, the fact that Church bells aren't heard in Saudi Arabia pleased Adil Al-Kalbani.

The Sidney-Hilal football match caused al-Kalbani and Al-Qarni to engage in a dispute.

Kalbani said that it was perhaps the "liberal" cranes which did not "prostrate".

The Qibla Tour arranged a UK jaunt for al-Kalbani. Britain then blocked him from entering the country.

The contents of this page are sourced from Wikipedia article on 23 Jun 2020. The contents are available under the CC BY-SA 4.0 license.
View Adil al-Kalbani 's image gallery
Image Gallery 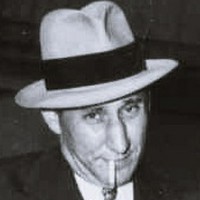 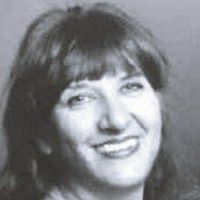 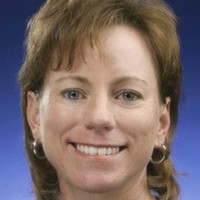