Pope Adeodatus II (died 17 June 676), also known as Deodatus II, was Bishop of Rome from 11 April 672 to his death on 17 June 676. Little is known about him. Most surviving records indicate that Adeodatus was known for his generosity, especially when it came to the poor and to pilgrims. He was preceded by Vitalian and succeeded by Donus, and devoted much of his papacy to improving churches.

Born in Rome, he became an Order of Saint Benedict monk of the Roman cloister of St Erasmus on the Caelian Hill. He was active in improving monastic discipline and in the repression of Monothelitism and gave Venice the right to choose the doge itself. During his pontificate the basilica of St. Pietro at the eight milestone of Via Portuense. St Erasmus was also reconstructed. Elected as Pope on 11 April 672, Adeodatus II did not get involved in political events and disengaged himself from the events at the time surrounding monothelitism.

Pope Adeodatus II devoted his reign to the restoration of churches in disrepair. He protected the Abbey of St. Peter and St. Paul (known as St. Augustine's Abbey), exempted Marmoutier Abbey, Tours (Abbey of St. Martin of Tours) from the authority of the Holy See, and led improvements to St. Erasmus' monastery. He is sometimes referred to with the title Saint and 26 June is attributed as his feast day, but this is disputed. When his papacy began, Adeodatus II was already an elderly man, and even though he reigned for four years, it is considered that his papacy did not contribute by a large amount to society. Pope Adeodatus II died on 17 June 676.

The contents of this page are sourced from Wikipedia article. The contents are available under the CC BY-SA 4.0 license.
View Adeodatus II 's image gallery
Image Gallery 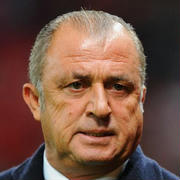