Adenike Titilope Oladosu (born 1994) is a Nigerian climate activist, eco-feminist and the initiator of the Fridays For Future movement in Nigeria. She specializes in equality, security and peace building across Africa, especially in the Lake Chad region.

She was recognized as one of the three young black activists in Africa trying to combat climate change alongside Vanessa Nakate and Elizabeth Wathuti by Greenpeace UK for the UK black history month and in December 2019, Oladosu attended the [[2019 United Nations Climate Change Conference|COP25]] gathering in Spain as a Nigerian youth delegate where she gave a "moving address" about climate change in Africa and how it affects lives.

Oladosu is from Ogbomosho in Oyo state. She received her education at GSS Gwagwalada Abuja, and then proceeded to University of Agriculture, Markurdi where she earned a first class degree in Agricultural Economics.

Oladosu began organizing for climate activism after she started university. She saw farmers and herdsmen angry because their land was becoming more arid and other communities who had never faced flooding had their farmlands swept away. Reading the Special Report on Global Warming of 1.5 °C IPCC report led her to join the Fridays For Future movement. She began advocating in communities, schools, and public places to speak to people about the climate crisis. She encouraged them to plant trees and educate their peers.

In 2019, Oladosu was the recipient of the Ambassador of Conscience Award from Amnesty International Nigeria and she spoke to world leaders at the UN youth climate summit.

She attended the 2019 Climate change conference in Madrid along with Greta Thunberg where she drew the attention of world leaders towards the Nigerian and African climate movements. 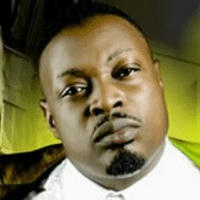 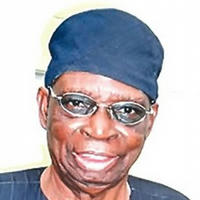