Adeline Yen Mah (simplified Chinese: 马严君玲; traditional Chinese: 馬嚴君玲; pinyin: Mǎ Yán Jūnlíng) is a Chinese-American author and physician. She grew up in Tianjin, Shanghai and Hong Kong, and is known for her autobiography Falling Leaves. She is married to Professor Robert A. Mah with whom she has a daughter, and a son from a previous marriage.

Adeline Yen Mah was born in Tianjin, Republic of China on 30 November 1937 to Joseph Yen (Yen Tse-Rung), a businessman, and Ren Yong-ping, an accountant. She had an older sister called Lydia (Jun-pei) and three older brothers, Gregory (Zi-jie), Edgar (Zi-lin), and James (Zi-jun). She has stated in Falling Leaves that she did not use the real names of her siblings and their spouses to protect their identities but she did, however, use the real names of her father, stepmother, aunt and husband, while referring to her paternal grandparents only by the Chinese terms 'Ye Ye' and 'Nai Nai' .

Yen Mah also writes of her Ye Ye's younger sister (Yan Shuzhen), whom she calls either 'Grand Aunt' or 'Grand Uncle Gong Gong', and cites as founder and president of the Shanghai Women's Commercial and Savings Bank.

When Yen Mah was a year old in 1938, Joseph Yen married a half-French, half-Chinese (Eurasian) 17-year-old girl named Jeanne Virginie Prosperi. The children referred to her as Niang (娘 niáng, another Chinese term for mother), and she is called so throughout the whole book. They had two children, Franklin and Susan (Jun-qing).

Her legal birthday is 30 November, as her father did not record her date of birth and instead he gave her his own (a common practice prior to the establishment of the People's Republic of China in 1949). Two weeks after her birth, her mother died of puerperal fever and according to traditional Chinese beliefs, Yen Mah was called 'bad luck' by the rest of her family and because of this, treated harshly throughout her childhood.

After the death of Nai Nai, Yen Mah's father (Joseph) and stepmother (Niang) moved from Tianjin to Shanghai to a house along Avenue Joffre; Yen Mah and her full siblings joined them at the house afterward. Two months later, her Aunt Baba and Susan arrived (the former two delayed moving to observe the hundred days' mourning period for Ye Ye). When Susan arrived, she was too young and too close to Aunt Baba to recognise and like her mother, Niang, who thus beat her soundly in frustration. Yen Mah intervened, leading Niang to declare that she would never forgive her.

The Yen family later moved to Hong Kong when Yen Mah was eleven, and she transferred to Sacred Heart School and Orphanage (Sacred Heart Canossian College). At the age of fourteen, as her autobiography states, Yen Mah won a playwriting competition for her work Gone With the Locusts, and her father allowed her to study in England with James.

Yen Mah left for the United Kingdom in August 1952, and studied medicine at the London Hospital Medical School, eventually establishing a medical practice in California. Before the start of her career in the United States, she had a brief relationship with a man named Karl, and practised medicine in a Hong Kong hospital at the behest of her father, who refused to give her air fare when she expressed plans to move to America. She has stated in an interview with the South China Morning Post that her father wanted her to become an obstetrician in the belief that women wanted treatment only from a female doctor, but as she hated obstetrics she became an anaesthesiologist instead.

Her autobiography, Falling Leaves, was published in 1997, shortly after Jung Chang's memoir Wild Swans. It made the New York Times Bestseller list, selling over a million copies worldwide and translated into twenty two languages. Beginning with her traumatic childhood under her stepmother's cruelty, it goes on to recount how, after Joseph Yen died, Prosperi had prevented his children from reading his will until her own death two years later. When the wills were read, Yen Mah had apparently been disinherited. The success of Falling Leaves prompted Yen Mah to quit medicine and devote her time to writing.

Falling Leaves was translated into Chinese for the Taiwan market. It was titled Luoyeguigen (T: 落葉歸根, S: 落叶归根, P: Luòyèguīgēn). Unlike other cases of memoirs, the novel was translated by the original writer.

Her second work, Chinese Cinderella, was an abridged version of her autobiography (until she leaves to England), and has sold over one million copies worldwide. It received numerous awards, including The Children's Literature Council of Southern California in 2000 for Compelling Autobiography; and the Lamplighter's Award from National Christian School Association for Contribution to Exceptional Children's Literature in June 2002.

Published in 2001, her third book, Watching the Tree, is about Chinese philosophy and traditional beliefs (including Traditional Chinese Medicine). A Thousand Pieces of Gold was published in 2002, and looks at events under the Qin and Han dynasties through Chinese proverbs and their origins in Sima Qian's history, Shiji.

Yen Mah has written three further books for children and young adults. Chinese Cinderella and the Secret Dragon Society, her first fiction work, is based on events in World War II, and Along the River, another fictional book based on Chinese history. China, Land of Dragons and Emperors is a non-fiction history book for young adults.

Adeline Yen Mah is Founder and President of the Falling Leaves Foundation, whose mission is "to promote understanding between East and West" and provides funds for the study of Chinese history, language, and culture. There is also a website dedicated to teaching Chinese over the Internet for free, and the foundation has established a poetry prize at UCLA. In 2013, she created an iPad game, PinYinPal, for learning Mandarin. 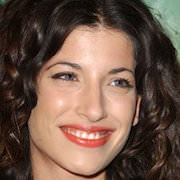