Adele Dorothy Diamond FRSC is a professor of neuroscience at the University of British Columbia, where she is currently a Tier 1 Canada Research Chair in Developmental Cognitive Neuroscience. One of the pioneers in the field of developmental cognitive neuroscience, Diamond researches how executive functions are affected by biological and environmental factors, especially in children. Her discoveries have improved treatment for disorders such as phenylketonuria and attention-deficit hyperactivity disorder, and they have impacted early education.

Diamond's father, Jerome Diamond, was born in 1903 in the Catskills of New York. His was the first Jewish family in Monticello, NY. In the early years they were met with signs everywhere that said, "No Jews and dogs allowed." He attended a one-room schoolhouse and left school to help in the family grocery business. He died as she was entering her senior year in high school. Diamond's mother, Mildred Golden, weighed 2 pounds when she was born in 1916 in New York City. She was placed in a small egg box, put in the oven (to keep her warm), and fed with an eye dropper. She attended Tilden High School in Brooklyn and would have attended college if not for the Great Depression, but instead became the bookkeeper for the family business, Golden Pickle Works. She died in 1997.

She attended Swarthmore College on a four-year Swarthmore National Scholarship and graduated in 1975, majoring in Sociology-Anthropology and Psychology. She was a member of the Varsity Volleyball and Archery teams all four years. She graduated Phi Beta Kappa with the highest honor in the course program of study. While still at Swarthmore, in 1972, she attended the London School of Economics, studying the philosophy of science with Imre Lakatos, an important Popperian philosopher.

Although officially a PhD candidate in Psychology, she spent her first four years of graduate school working primarily in Anthropology (under John and Bea Whiting and Bob LeVine) and Sociology (under Christopher Jencks). At that time, Harvard had an NIMH-funded Pre-doctoral Training Program in Cross-Cultural Psychological Research and the program awarded Diamond three years of funding for her dissertation: one year to prepare to go into the field, one year to go anywhere in the world to do the research (she chose the South Pacific because it seemed the most idyllic), and one year to write up the results. People were very enthusiastic about her thesis topic: "Is the need to be master of your fate intrinsically human or a product of Western culture?" However, she didn't think she was coming up with a good way to study it and that the famous people advising her were not either. They seemed not to be concerned, saying, "Don't worry. You do great work." Not wanting to go and do poor science, Diamond returned the money for Years 2 and 3.

Having given up her initial thesis topic, she returned to a question that Jerome Kagan had posed very excitedly in Diamond's first year in graduate school: "If infants all over the world show the same cognitive changes at roughly the same time, those changes cannot be due entirely to learning or experience, because their experiences are too diverse; there must be a maturational component; what might that maturational component be?" To answer that question, Diamond had to turn to neuroscience. She turned to neuroscience not because of an intrinsic interest in it per se; rather her motivation was to answer a particular question that required a neuroscientific approach.

The maturational component would clearly be in the brain, and Diamond hypothesized that maturational changes in the brain's PFC made possible the impressive cognitive advances seen between 6–12 months of age. At that time no one was studying the PFC or any topic in cognitive neuroscience in the Harvard Psychology Department. Diamond learned from books on her own and was granted permission to add Nelson Butters from the Boston VA (who had published widely on the anatomy and functions of prefrontal cortex) to her thesis committee.

To get hard evidence on the brain to support her hypothesis, Diamond went to Yale University School of Medicine to work with Patricia Goldman-Rakic. That work was supported by Sloan and NIMH Postdoctoral Fellowship Awards.

Diamond organized a seminal conference, “The Development and Neural Basis of Higher Cognitive Functions,” that brought together developmental psychologists, neuroscientists, and cognitive scientists who were using the same behavioral paradigms but did not know it because people in different fields had not been talking to one another. The conference and resulting book served to jumpstart many research collaborations and the nascent field of developmental cognitive neuroscience.

Diamond's team went on to discover a long-lasting visual deficit if children with PKU are not started on diet within days of birth (the norm had been to start them within 2 weeks of birth).

Her randomized controlled trial of Tools of the Mind was the first study to demonstrate that:

Much of Diamond's work has started with a "YES, YOU CAN" premise: even though a child may appear incapable of doing or understanding something, if we pose the question differently or teach the concept in new ways, the child can succeed. Diamond illustrated this approach first with infants' understanding of the concept of contiguity, then with their ability to grasp abstract concepts, and next with children's ability to succeed on a Stroop-like task requiring memory and inhibition.

Her lab is now investigating:

In 2009, Diamond was elected as a Fellow of the Royal Society of Canada.

In 2000, she received the 21st Century Award for Achievement, and was named one of the "2000 Outstanding Women of the 20th Century" by IBC, Cambridge, UK. In 2009, Diamond received the YWCA Woman of Distinction Award. In 2014, Diamond received the Urie Bronfenbrenner Award for Lifetime Contributions to Developmental Psychology in the Service of Science and Society from the American Psychological Association. In 2015, Ben-Gurion University of the Negev conferred an honorary doctorate (Doctor of Philosophy Honoris Causa) on Diamond. For more than a decade now, she has held a Tier 1 Canada Research Chair.

She is regularly invited as a keynote speaker to many conferences, workshops and technical meetings every year.

She is also a much sought-after speaker. She has delivered over 500 invited talks including hundreds of keynote addresses and over 20 named lectures. She has given these in Canada, the US, Australia, Austria, Belgium, Brazil, Chile, Denmark, Ecuador, Germany, India, Indonesia, Israel, Italy, Lebanon, Mexico, the Netherlands, New Zealand, Portugal, South Africa, Spain, Sweden, Switzerland, and the UK. Videos of some of her talks are online, including of her TEDx talk.

Diamond has authored or co-authored about a hundred papers on her research work. What follows are some of her selected publications:

She is married to Donald Druin and has three step-children.

The contents of this page are sourced from Wikipedia article on 22 Jan 2020. The contents are available under the CC BY-SA 4.0 license.
View Adele Diamond 's image gallery
Image Gallery 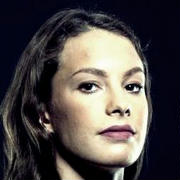 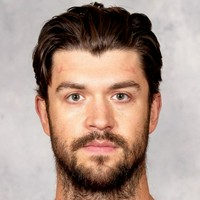 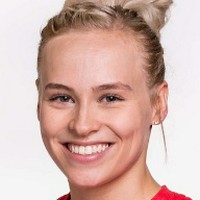