Adam Lyons Schlesinger (October 31, 1967 – April 1, 2020) was an American singer-songwriter, record producer, and guitarist. He won three Emmys, a Grammy, and the ASCAP Pop Music Award, and was nominated for Oscar, Tony and Golden Globe Awards.

He was a founding member of the bands Fountains of Wayne, Ivy, and Tinted Windows. He was a key songwriting contributor and producer for Brooklyn-based synth-pop duo Fever High. Schlesinger grew up in Manhattan and Montclair, New Jersey.

Schlesinger grew up in Manhattan and Montclair, New Jersey, and he attended Montclair High School. He received a Bachelor of Arts from Williams College.

Schlesinger was a cousin of Jon Bernthal, an actor known for his roles as Shane Walsh on the television series The Walking Dead and The Punisher/Frank Castle in Netflix's Daredevil and The Punisher. He was the grandson of Murray Bernthal (1911–2010), a musician and producer who was long active in Syracuse, New York.

In addition to writing and co-producing the title song to That Thing You Do!, Schlesinger composed "Master of the Seas" for Ice Age: Continental Drift performed by Jennifer Lopez, Peter Dinklage and others. He wrote and produced three songs for Music and Lyrics, and his music has also been featured in films such as Shallow Hal (which he scored with Ivy); Robots; There's Something About Mary; Me, Myself & Irene; Josie and the Pussycats; Scary Movie; Art School Confidential; Fever Pitch; The Manchurian Candidate; Because of Winn-Dixie; Orange County; Two Weeks Notice, and others.

Songs performed by other artists

Schlesinger and The Daily Show executive producer David Javerbaum co-wrote the songs for the musical theater adaptation of the John Waters film Cry-Baby. Cry-Baby debuted at the La Jolla Playhouse in La Jolla, California in November 2007. Previews for the Broadway run began at the Marquis Theatre on March 15, 2008. Its official opening night was April 24, 2008.

Schlesinger and Javerbaum co-wrote the closing song "I Have Faith in You" for Javerbaum's play An Act of God, which opened on Broadway on May 28, 2015. The song is performed by Jim Parsons, Chris Fitzgerald, and Tim Kazurinsky.

Schlesinger and Sarah Silverman collaborated on a musical titled The Bedwetter, based on her book of the same name. The musical is set for previews to begin on May 9, 2020, at the Atlantic's Linda Gross Theater; opening night is scheduled for Wednesday, June 10, 2020.

Schlesinger and Javerbaum co-wrote the opening number of the 2011 Tony Awards ceremony "It's Not Just for Gays Anymore" as well as the opening and closing numbers of the 2012 Tony Awards, "What If Life Were More Like Theater" and "If I Had Time", all performed by Neil Patrick Harris. They wrote "TV Is a Vast Wonderland", the opening number of the 2011 Emmy Awards, performed by Jane Lynch and "The Number in the Middle of the Show", performed at the 2013 Emmy Awards by Neil Patrick Harris, Sarah Silverman, and Nathan Fillion.

He wrote songs for, and was executive music producer of, the scripted comedy Crazy Ex-Girlfriend on The CW.

As a record producer and mixer, he worked with The Monkees, Fever High, Dashboard Confessional, Swirl 360, Tahiti 80, Motion City Soundtrack, Verve Pipe, Robert Plant, America, The Sounds, They Might Be Giants, Fastball, and many other artists, as well as producing or co-producing five Fountains of Wayne and five Ivy albums.

Schlesinger was also in a side project band called Tinted Windows formed by guitarist James Iha, previously of The Smashing Pumpkins and A Perfect Circle, singer Taylor Hanson of Hanson, and Bun E. Carlos of Cheap Trick, and recorded and toured with them in 2009 and 2010. He also contributed to Iha's second solo album, Look to the Sky (2012).

He was the main composer and producer for Brooklyn-based synth-pop duo Fever High.

Schlesinger was nominated for an Oscar and a Golden Globe Award in 1997 for writing the title track of the Tom Hanks-directed film That Thing You Do! as well as two other songs for the film.

Fountains of Wayne was nominated for two Grammy Awards in 2003 for Best New Artist and Best Pop Performance by a Duo or Group with Vocal for "Stacy's Mom".

Schlesinger and David Javerbaum received two Tony nominations in 2008 Best Musical and Best Original Score for the musical Cry-Baby. They also received a 2009 Emmy nomination for Outstanding Music and Lyrics for their song "Much Worse Things", performed by Elvis Costello and Stephen Colbert on the television special and album A Colbert Christmas: The Greatest Gift of All!. The album, co-written by Schlesinger and Javerbaum, and co-produced by Schlesinger and Steven M. Gold, won the 2009 Grammy Award for Best Comedy Album.

He received a 2017 Emmy nomination for Outstanding Original Music and Lyrics for "We Tapped That Ass" (co-written with Rachel Bloom and Jack Dolgen) from the CW series Crazy Ex-Girlfriend.

On January 30, 1999, Schlesinger married Katherine Michel, a graphic designer and Yale graduate. They met in 1996 at WXOU Radio Bar, a bar that Schlesinger used to frequent with Fountains of Wayne co-founder Chris Collingwood when they were starting the band. They divorced in 2013. Schlesinger and Michel have two daughters, Sadie and Claire.

On April 1, 2020, Schlesinger died at a hospital in Poughkeepsie, New York, at the age of 52 as a result of health complications caused by COVID-19. He had been hospitalized and placed on a ventilator two weeks before his death.

The contents of this page are sourced from Wikipedia article on 02 Apr 2020. The contents are available under the CC BY-SA 4.0 license.
View Adam Schlesinger 's image gallery
Image Gallery 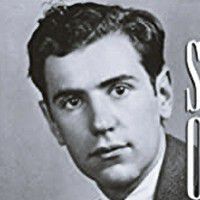