Adam Ondra (born February 5, 1993) is a Czech professional rock climber, specializing in lead climbing and bouldering. Described in 2013 as a prodigy and the leading climber of his generation, Ondra is the only male athlete to have won World Championship titles in both disciplines in the same year (2014). He holds an analogous record in the World Cup, being the only male athlete to have won the World Cup series in both disciplines (lead climbing in 2009 and 2015, and bouldering in 2010).

Ondra started climbing at the age of six; his parents are climbers and they shared their passion with him.

In 1999 (at age six) at Rovinj in Croatia Ondra easily climbed a 6a (5.10a) route with bolts every half meter. Soon he became famous in climbing magazines, as his achievements quickly grew more and more notable:

In 2009, at age sixteen, Ondra competed for the first time in the Lead Climbing World Cup, winning ahead of Spanish Patxi Usobiaga and Japanese Sachi Amma.

In 2010, he also won the Bouldering World Cup, ahead of Austrian Kilian Fischhuber and Japanese Tsukuru Hori, and becoming the first athlete in history to win both the disciplines (lead and bouldering).

On October 4, 2012, Ondra redpointed Change, in the Hanshelleren Cave, Flatanger, Norway. It was the first route to receive a proposed grade of 9b+ (5.15c).

On February 7, 2013, Ondra sent La Dura Dura, in Oliana, Catalonia, Spain, his second 9b+ (5.15c) after Change. He worked on this project with Chris Sharma and the first ascent took Ondra nine weeks of work.

On July 9, 2013, Ondra realized the second 9a (5.14d) onsight in history after Alexander Megos, with the ascent of Cabane au Canada in Rawyl, Switzerland.

On November 21, 2016, Ondra completed the second free ascent of The Dawn Wall, a 5.14d (9a) multi-pitch route at El Capitan in Yosemite Valley, California. The route is widely regarded as the hardest big wall in the world. Ondra was also the first person to lead every pitch. The first free ascent was completed by Tommy Caldwell and Kevin Jorgeson in January 2015.

On April 23, 2017, he set a new highpoint of the Black Diamond Project in Stockholm, Sweden believed to be the hardest indoor sport route in the world.

On September 3, 2017, after about 4 years of trials, Ondra climbed Silence, in the Hanshelleren Cave (Flatanger, Norway). At that point, the route was unclimbed and widely considered to be the most difficult project in the world, together with Le blond, a route which is still unclimbed, bolted by Chris Sharma in Oliana (ESP). Silence was the first route to receive a proposed grade of 9c (5.15d). The route was previously known as Project Hard.

On February 10, 2018, Ondra realized the first flash of a confirmed 9a+ route with his ascent of Super Crackinette in Saint-Léger du Ventoux, France. The route was first climbed by Alexander Megos after 3 days of work in 2016.

On November 12, 2018, Ondra onsighted Just do it (Smith Rock, Oregon, USA), a historic 8c+ route bolted by Alan Watts in 1989 and first ascended in 1992 by Jean-Baptiste Tribout. At that time, Just do it was considered the hardest route in the USA. It is a long slab (140 feet, 18 bolts) with many tricky moves and small holds hardly visible from the ground. This kind of classic route is considered to be particularly difficult to onsight, by both Adam Ondra and Alan Watts.

As of 2019, Ondra is working towards qualifying for the 2020 Summer Olympics. He failed to qualify at the 2019 IFSC Climbing World Championships as he was disqualified for accidentally toeing a bolt during the lead climbing portion of the combined event. However, at the olympic qualifying event in Toulouse later that year, he managed to secure his selection for the olympic games even though he fell ill after making it through to the finals of the event.

Number of medals in the Climbing European Youth Cup

Number of medals in the Climbing World Cup

The contents of this page are sourced from Wikipedia article on 09 Feb 2020. The contents are available under the CC BY-SA 4.0 license.
View Adam Ondra 's image gallery
Image Gallery 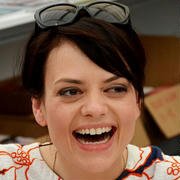