Jelita Septriasa (born 1 September 1989), better known by her stage name of Acha Septriasa, is an Indonesian actress and also a singer. She was born in Jakarta, Indonesia.

Septriasa was born Jelita Septriasa in Jakarta, Indonesia, on 1 September 1989 to Sagitta Ahimshah and Rita Emza; she is the third of six children. Her younger sister, Juwita Maritsa, who looks like her, is also an entertainer. She first studied at Muhammadiyah Elementary School 6 from 1995 to 2001, then State Junior High School 73 from 2001 to 2004; both are in Tebet, South Jakarta. Her high school was State Senior High School 82, Jakarta, which she attended from 2004 to 2007.

Septriasa began her entertainment career as a model in the Gadis Sampul pageant, held by the teen magazine Gadis in 2004. Her first film role was in 2005's Apa Artinya Cinta? (What is the Meaning of Love?), in which she had a supporting role. The following year, she rose to fame with the success of Heart, in which she starred opposite Nirina Zubir and her then-boyfriend Irwansyah. She also sang for the soundtrack album together with Irwansyah which produced by Melly Goeslaw and her husband, got double platinum; two of her singles, "Sampai Menutup Mata" ("Until I Close My Eyes") and the duet "My Heart", received international airplay.

The following year, Septriasa and Irwansyah starred in the teen romance Love is Cinta. She also sang a duet with him for the film. That year she was identified as the fourth highest-paid Indonesian actress, at Rp. 180 million (US$15,000) per film. She released her first solo album, Keputusan Hati (Heart's Decision), in August 2009. That same year she became host of the Indonesian variety show Dahsyat and played in Krazy Crazy Krezy.

As of 2011 Septriasa is studying film production at Limkokwing University in Kuala Lumpur, she also frequently returns to Indonesia; she shot her role for Love Story, a story based on a traditional legend, opposite Irwansyah, while still taking classes in Malaysia. As of 2011 she has no plans to release a new album, as it is too time consuming. In 2012 she announced that after finishing her studies she intended to work an office job; however, that same year she was booked for two films, which she worked on first.

Septriasa is known for portraying girl next door type characters. As such, she prefers to keep her hair light brown or chestnut.

Acha formerly dated her Heart and Love is Cinta costar, Irwansyah; they broke up in 2008. Her friends are mostly male.

Septriasa enjoys playing sports and travelling. She started learning to swim at the age of one, then took up football in junior high school and became the basketball team captain in high school. She also enjoys cycling and regularly plays futsal with her friends. She uses long holidays to travel, and often travels abroad.

Acha weds Vicky Kharisma on 11 December 2016 in Jakarta. The couple met during their studies in Malaysia. 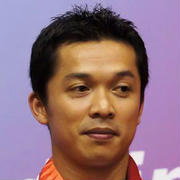