Abraham Jacobi (6 May 1830 – 10 July 1919) was a German physician and pioneer of pediatrics, opening the first children's clinic in the United States. To date, he is the only foreign-born president of the American Medical Association. He helped found the American Journal of Obstetrics. He is regarded as the Father of American Pediatrics.

Born in Hartum (now a district of Hille), Westphalia, he was the son of a poor Jewish shopkeeper and his wife who educated him at great sacrifice. He attended the gymnasium in Minden. After graduating there, he studied medicine at the universities of Greifswald, Göttingen, and Bonn, receiving an MD at Bonn in 1851. Shortly thereafter, Jacobi joined the revolutionary movement in Germany (see Revolution of 1848). He was detained in prisons at Berlin and Cologne in 1851, and eventually convicted of treason and imprisoned at Minden and Bielefeld until his discharge in the summer of 1853. Upon release, Jacobi sailed to England, where he stayed with both Karl Marx and Friedrich Engels. In the following autumn he moved to New York where he settled as a practicing physician.

He remained in contact with Marx and Engels and in 1857 Jacobi was involved in founding the New York Communist Club.

Starting in 1861 at New York Medical College, he was a professor of childhood diseases. From 1867 to 1870, he was chair of the medical department of the City University of New York. He taught at Columbia University for 30+ years from 1870 to 1902. He later moved to Mount Sinai Hospital, where he established the first Department of Pediatrics at a general hospital.

Civic work was an important part of his life. He advocated for birth control and civil service reform and opposed prohibition. He was strongly anti-Hohenzollern during World War I. In the summer of 1918, a house fire destroyed the manuscript of his autobiography and other personal papers at his Lake George home.

He died on 10 July 1919 at his summer home in Bolton Landing at age 89. Jacobi is interred at Green-Wood Cemetery in Brooklyn, New York.

His first wife, Fanny Meyer Jacobi (1833−1851), was a sister of Sophie Meyer Boas (1828−1916), the mother of ethnologist Franz Boas, who also attended the gymnasium in Minden. In 1873, he married Mary Putnam Jacobi, also a physician. She was the very first female student at Faculté de Médecine de Paris in Paris, France. They had three children, only one of whom - Marjorie McAneny - survived to adulthood.

Jacobi contributed chapters on the care and nutrition of children, diphtheria, and dysentery to Gerhardt's Handbuch der Kinderkrankheiten (Tübingen, 1877), and on diphtheria, rachitis, and laryngitis to Pepper's System of Practical Medicine (Philadelphia), and has published lectures and reports on midwifery and female and infantile disease, and a number of articles in medical journals. His Sarcoma of the Kidney in the Fœtus and Infant is printed in the Transactions of the International Medical Congress in Copenhagen. 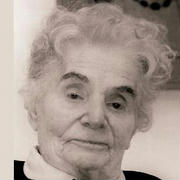