Brill was born in Kańczuga, Austrian Galicia. He arrived in the United States alone and penniless at the age of 15. Working continuously to finance his studies, he eventually graduated from New York University in 1901 and obtained his M.D. from Columbia University in 1903. Ernest Jones commented with admiration: "He might have been called a rough diamond, but there was no doubt about the diamond". Brill spent the next 4 years working at Central Islip State Hospital on Long Island.

Brill married Dr. K. Rose Owen, with whom he had two children. He died at Mount Sinai Hospital in New York in March 2, 1948.

After studying with Eugen Bleuler in Zurich, Switzerland, he met Freud, with whom he maintained a correspondence until Freud's death in 1939. He returned to the United States in 1908 to become one of the earliest and most active exponents of psychoanalysis, being the first to translate into English most of the major works of Freud, as well as books by Jung. His first translation of Freud appeared in 1909 as Some Papers on Hysteria; and while the quality of his translations might at times be challenged, his overall contribution to the fostering of psychoanalysis in America cannot. He campaigned for academic recognition of his field, lectured at Columbia University, and became clinical professor of psychiatry at New York University. He maintained a psychoanalytic practice as well.

Once sympathetic to homosexuals, he revised his views and wrote in 1940 that "even so-called classical inverts are not entirely free from some paranoid traits".

Edward Bernays consulted with Brill on the subject of women's smoking and borrowed the term "torches of freedom" from Brill.

One of his last pieces of writing - his preface to Eric Berne's 1947 study, The Mind in Action - commends Berne's ability to "expound the new psychology without the affectivity of the older Freudians", placing his tribute in the context of himself "having read everything written on Freud and psychoanalysis since I first introduced him here".

The contents of this page are sourced from Wikipedia article on 09 Mar 2020. The contents are available under the CC BY-SA 4.0 license.
View Abraham Brill 's image gallery
Image Gallery 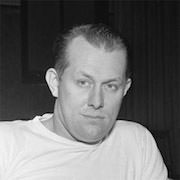