Abram Piasek (1928 – 15 January 2020) was a survivor of four death camps in Poland and Germany, and a veteran of the U.S. Army. He shared his story of survival with thousands of students and people throughout North Carolina at schools, universities, libraries, and military bases. At the end of the war, Piasek (he preferred to be called "Abe" rather than Mr. Piasek) survived because the train he was on, which he later learned was bound for Dachau, was bombed by allied forces.

Piasek was born in Białobrzegi, Kielce Voivodeship, Poland, in 1928, and came to the United States on August 3, 1947, a date he would celebrate every year with his family. After World War II ended, Piasek spent two years in displaced persons camps in Germany. He lived for 28 years in Connecticut, where he learned English, met his wife of 60 years, Shirley, and learned to be a baker. In 1975, he moved to California, and in 1991, he retired to Florida. A few years after the movie Schindler's List came out, Piasek was interviewed by the USC Shoah Foundation in 1995. He slowly began, after more than 40 years of silence, to tell his story to groups of students.

Piasek and his wife, Shirley, moved to North Carolina in 2009. After Shirley died in 2012, Piasek spent more and more time sharing his story with military bases, libraries, and community centers.

In 2015, Piasek and other survivors were reunited with one of the U.S. soldiers who helped liberate them 70 years earlier.

In April 2019, Piasek accompanied a group of high school students on a visit to the U.S. Holocaust Memorial Museum in Washington, DC. Though he had long been a member of the museum, this was his first visit there. While at the museum, Piasek went to the cattle car on the third floor and narrated his liberation for his great-grandchildren and the other students on the trip.

In late May 2019, Piasek gave a talk for nearly two hours at a church in Faison, NC, describing his story.

Piasek fell while doing work in his garage in September, 2019, and was hospitalized for several weeks. While in the hospital, he took the opportunity to share his story with doctors, nurses, and patients at Wake Med Hospital (despite being in a neck brace and a wheelchair at the time). 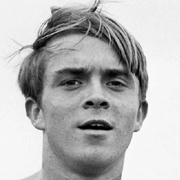