Abdullatif Al-Mahmood (born 1946 in Hidd) is a Bahraini politician and doctor. He is of Sunni Arab origins.

In 1992, he signed on the uprising petition which had been demanding the return of Bahraini parliament deputy causing him to be detained for two weeks. Following his release, he withdrew from arguing that the petition had taken other goals. Afterwards, he disappeared from the political scene and worked as a doctor at the University of Bahrain.

During the Bahraini protests that began on 2011, Abdullatif Al-Mahmood appeared as president of the pro-government Gathering of National Unity, led the Fateh Mosque assembly, and coordinated the Sunnis demands.

The contents of this page are sourced from Wikipedia article on 23 Jun 2020. The contents are available under the CC BY-SA 4.0 license.
View Abdullatif Al-Mahmood 's image gallery
Image Gallery 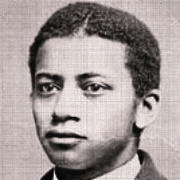