Professor (Maulana) Abdul Bari Nadwi was born in 1886 in the Barabanki district near Lucknow in the UP Province of India. His father Hakim Abdul Khaliq was a student of Maulana Mohammad Naeem Farangi Mahli. His younger brother Saad-ud-Din Ansari was among the founding members of the Jamia Millia Delhi in 1928. Abdul Bari Nadwi died in Lucknow on 30 January 1976. He is survived by four sons and two daughters.

After his early education at a local madressah he went to Nadwa-tul-Ulama for his higher education. He earned reputation as an established academic in the field of philosophy and religion and taught at Gujarat College in Ahmedabad, Dakkan College in Pune, and Osmania University in Hyderabad where he retired as Professor and Head of the Philosophy Department. He was one of the most capable students of Allama Shibli Nomani and a contemporary of Syed Sulaiman Nadvi, Abdul Salam Nadvi, Abdul Majid Daryabadi, and Manazir Ahsan Gilani. He wrote extensively on religion and philosophy and translated works of numerous western philosophers such as Berkeley, Hume, Descartes, Dewey, Henry Bergson, William James, G. F. Stout, and John S Mackenzie. Some of his works were included in the religion and philosophy course work at the undergraduate and postgraduate levels at Osmania University.

His religious education was attained from Maulana Ashraf Ali Thanavi and Maulana Hussain Ahmad Madni, both of whom were students of Sheikh-ul-Hind Maulana Mahmood-ul-Hassan. His formal spiritual association (bait) was with Maulana Madni but he received his training from Maulana Thanavi.

There are many remarkable things about Professor Nadwi but two of them stand out: First, the tradition of translation of secular literature into Urdu, which even today, is almost non-existent. The main reason for this is the strange obsession of Muslim and Hindu elites of subcontinent with English to the extent that they have criminally neglected literary pursuits in local languages (there are some exceptions but that proves the point rather than refute it). This obsession has hampered the development of local languages as literary languages capable of expressing modern concepts and ideas. In the case of modern philosophy in particular, one can gauge the dearth of translations of modern classics from the fact that to this day there is no full translation of Kant’s Critique of Pure Reason in Urdu (there is an incomplete translation which doesn’t include the translation of the Dialectic part of the Critique). Given this background one is pleasantly surprised that Professor Nadwi not only translated, during the first quarter of the last century, Berkeley’s classic into Urdu but also many other classics of modern philosophers like Hume, Descartes, Dewey into Urdu.

Second, and even more amazing thing about Professor Nadwi is that he was entirely educated in Muslim seminaries in India and never studied at a (secular/modern) college or university. In Muslim seminaries he would have learnt most of Aristotelian logic (and Muslim additions and commentary to it), he would have also been exposed to Muslim critics of Aristotelian logic like Ibn Taymiyya and others, he would have learnt Neo Platonic Muslim philosophy mainly through the works of Mulla Sadra (as his Al-Hikma al-muta‘aliya fi-l-asfar al-‘aqliyya al-arba‘a simply known as Mulla Sadra or just Sadra is a standard text), and through the study of Ilm al Kalam (Muslim theology) he would also have been exposed to the basic ideas of Aristotle’s philosophy especially his Metaphysics. But to this day, modern philosophy is not taught in Muslim seminaries in India and Pakistan (again there are some exception). He taught himself not only English but also the entire modern philosophy to the level that he later taught philosophy at different colleges and universities around India.

After his retirement, he continued writing substantial books on philosophy and religion and especially on topics arising from the interaction between philosophy and religion in the Islamic context. Two of his books from this period (related to philosophy) stand out: a) Religion and Rationality. b) Religion and Science. He also wrote a chapter on miracles in Shibli Noumani/Salaman Nadwi’s multiple-volume biography of Muhammad in which he mainly draws on Hume’s ideas to establish the rationality or possibility of miracles.

Some of his books and papers include: 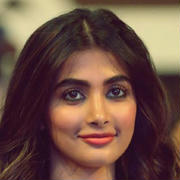 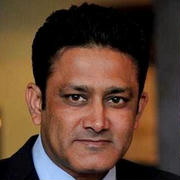 Indian administrator and the commander-in-chief

Daud Khan of the Carnatic 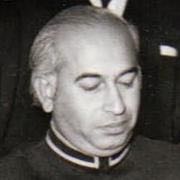