'Abd al-Rahman al-Sufi (Persian: عبدالرحمن صوفی‎ (December 7, 903 in Rey, Iran – May 25, 986 in Shiraz, Iran) was a Persian astronomer also known as 'Abd ar-Rahman as-Sufi, 'Abd al-Rahman Abu al-Husayn, 'Abdul Rahman Sufi, or 'Abdurrahman Sufi and, historically, in the West as Azophi and Azophi Arabus. The lunar crater Azophi and the minor planet 12621 Alsufi are named after him. Al-Sufi published his famous Book of Fixed Stars in 964, describing much of his work, both in textual descriptions and pictures. Al-Biruni reports that his work on the ecliptic was carried out in Shiraz. He lived at the Buyid court in Isfahan.

'Abd al-Rahman al-Sufi was one of the famous nine Muslim astronomers. His name implies that he was from a Sufi Muslim background. He lived at the court of Emir Adud ad-Daula in Isfahan, Persia, and worked on translating and expanding Greek astronomical works, especially the Almagest of Ptolemy. He contributed several corrections to Ptolemy's star list and did his own brightness and magnitude estimates which frequently deviated from those in Ptolemy's work.

He was a major translator into Arabic of the Hellenistic astronomy that had been centered in Alexandria, Egypt, the first to attempt to relate the Greek with the traditional Arabic star names and constellations, which were completely unrelated and overlapped in complicated ways.

The constellation Sagittarius from The Depiction of Celestial Constellations

He identified the Large Magellanic Cloud, which is visible from Yemen, though not from Isfahan; it was not seen by Europeans until Magellan's voyage in the 16th century. He also made the earliest recorded observation of the Andromeda Galaxy in 964 AD; describing it as a "small cloud". These were the first galaxies other than the Milky Way to be observed from Earth.

He observed that the ecliptic plane is inclined with respect to the celestial equator and more accurately calculated the length of the tropical year. He observed and described the stars, their positions, their magnitudes and their colour, setting out his results constellation by constellation. For each constellation, he provided two drawings, one from the outside of a celestial globe, and the other from the inside (as seen from the Earth).

Since 2006, Astronomy Society of Iran – Amateur Committee (ASIAC) hold an international Sufi Observing Competition in the memory of Al-Sufi. The first competition was held in 2006 in the north of Semnan Province and the second was held in the summer of 2008 in Ladiz near the Zahedan. More than 100 attendees from Iran and Iraq participated in the event. 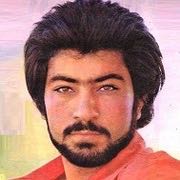 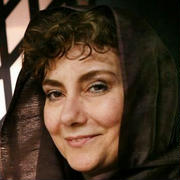 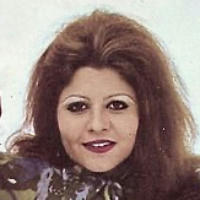