While his older brother Chuck Norris was on his rise to stardom, Aaron Norris began his career as an uncredited stunt man in movies such as Black Belt Jones (1974), Speedtrap (1977), and Breaker! Breaker! (1977) (his brother Chuck's starring debut). The following year he was hired again as martial arts choreographer (credited) and a stunt double (uncredited) for his brother second film Good Guys Wear Black (1978) directed by Ted Post. He is noted to have performed the flying sidekick through the windshield of a speeding car, the stunt that sold the movie. He also played a small role in this movie. Later on that same year, director Ted Post re-collaborated with Norris who is a credited stuntman for Post's film Go Tell the Spartans, and was a stunt coordinator for the John Carpenter film Elvis starring Kurt Russell.

In 1979, Norris played Anderson in A Force of One starring his brother Chuck, with whom he shared the fight choreography credit. Norris is also credited as the stunt coordinator and listed amongst the stuntmen. The director noted that Aaron wanted to learn everything, and was real asset to the picture. Because of this the director had him to focus on the martial art, and the specific of the fighting. The same year he was also a stuntman for the Italian film The Visitor.

In 1980, Norris did the Karate fight choreography and played the role of Hatband for his brother's film The Octagon.

In 1981, with his brother playing the lead, Norris was stunt player in Steve Carver's An Eye for an Eye.

In 1982, Norris was an associate producer and listed amongst the stunt person in his brother's film Silent Rage.

In 1983, Norris was again an associate producer on a film starring Chuck, Steve Carver's Lone Wolf McQuade, where he also did stunt coordination and played a small role.

During that decade, he worked as the stunt coordinator for the vast majority for his brother's films, as well as others this includes I, the Jury with Armand Assante, White Water Rebels with James Brolin, Chained Heat with Linda Blair, the dance film Breakin', Lies with Ann Dusenberry, and The Naked Cage with Shari Shattuck.

In 1995, he produced the film Ripper Man starring his nephew Mike Norris and Timothy Bottoms.

In 1996, he directed his brother in the television film Forest Warrior. That same year, he also got his only starring role in the film Overkill. He was also hired on his brother's hit TV show Walker, Texas Ranger. He served as an executive producer on 168 television episodes of the remaining seasons. Furthermore, he wrote and directed four episodes.

During his tenure on Walker, Texas Ranger, Norris continued working with his brother Chuck. This started on November first, 1998, Norris executive produced, and participated to writing the story, with Chuck and Walter Klenhard, of Michael Preece's award-winning television film Logan's War: Bound by Honor. It premiered on CBS, right after Walker, Texas Ranger newly scheduled episode. Sharing the lead with Chuck is actor Eddie Cibrian. It also co-stars Joe Spano, Jeff Kober, R. D. Call, Brendon Ryan Barrett, etc. The television-film was ranked third among the thirteen most viewed shows of that week.

In 1999, he created and was an executive producer on the Walker, Texas Ranger spin-off Sons of Thunder.

In 2000, Norris starred was an executive producer for the television film The President's Man, wwith director Michael Preece and Chuck at the helm. It premiered on April 2 on CBS. It is an action film co-starring starring Dylan Neal, Ralph Waite, Marla Adams, Stuart Whitman, and Soon-Tek Oh.

In 2002, Norris returned an executive producer for its sequel The President's Man: A Line in the Sand directed by Eric Norris. It premiere on CBS on January 20. The sequel co-starred Judson Mills, Robert Urich, and Roxanne Hart.

In 2005, Norris was an executive producer and acted in the film, The Cutter. That same year he returned to directing with the CBS Movie of the Week, Walker, Texas Ranger: Trial by Fire. The production was a continuation of the series Walker, Texas Ranger, where Chuck Norris reprised his role as Cordell Walker for the movie.

In 2007, he produced the documentary Inside Aphasia.

Also in 2009, he returned to stunts for the Luc Besson film I Love You Phillip Morris with Jim Carrey and Ewan McGregor.

Finally, he was named the "president of development and production" of ALN, formerly The American Life Network.

In 2010, he provided stunts for the film Skateland.

Norris is the younger brother of Chuck Norris (born March 10, 1940), and Wieland Clyde Norris (1943–1970). During the Vietnam War, both Aaron and his older brother Wieland enlisted in the United States Army. Wieland was killed in action in Vietnam in 1970. Through Chuck, Norris is the uncle of Mike and Eric Norris.

On December 2, 2010, he (along with brother Chuck) was given the title honorary Texas Ranger by Texas Governor Rick Perry.

He currently holds a tenth degree black belt in the Chuck Norris System Chun Kuk Do, a martial art created by his brother Chuck Norris. 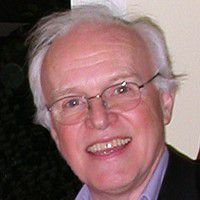