In his early years, being inspired by underground techno, he released a series of vinyl records under various pseudonyms (only one using his real name). He performed live acid techno sets at underground parties such as Acid Rain at Amsterdam Graansilo. During the recording sessions for one of the tracks he produced for ex Soul II Soul and The Shamen singer Victoria Wilson James's album on Sony Music, it was suggested that he audition for the "De Bende van Venlo" a theatre piece based on a true crime story. He was cast in one of the lead roles and performed over thirty European shows.

After the theatre experience, Universal / Island Records won the label-bidding and signed him as an artist and producer. He released one single and one video before he left the label due to creative differences and moved from London to Los Angeles to work on his art, film, photography and editing career. He took a break from that to release the track LA Mellow (as D'ray), a collaboration with Dutch Dj, producer Gregor Salto. Ultimate Miami 2, the album with LA Mellow and music by artists like Wiwek, Chocolate Puma and Sidney Samson reached No. 6 at Beatport's House top 100. In late 2015, he finished working as the visual supervisor of a documentary about Russian director Andrei Tarkovsky based on his diaries Time within Time, starring Tonino Guerra. In 2016, he released two EPs (as 0010x0010 and T3TSUO 303) on his Generation Acid label which both landed in the Beatport Techno Top 100 charts. 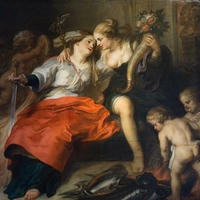 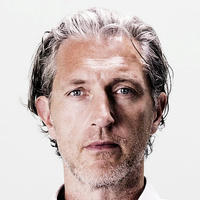