Nicolas Krafft is currently a guest instructor at Columbia University in New York Ciy teaching Digital Business Leadership. Nicolas has over two decades of experience in the beauty industry with L’Oréal working to build a worldwide presence. During his years with L'Oréal, Nicolas climbed the ladder and eventually reached the level of International General Manager of Pulp Riot, a brand within the L'Oréal family.

Born in Switzerland, Krafft is fluent in French, German, and English. He has lived in Canada, the United States, France, Latvia, Romania, and Germany. Thanks to his time living in many different countries, Krafft is able to better understand the cultures of the world and bring that knowledge to his work and personal life. He loves working with people in ways that help them develop and grow as employees and people. He has found success across borders, building and maintaining relationships with people of all cultures and backgrounds.

Krafft spends much of his spare time outdoors. He has run two marathons and hiked some of the world’s highest summits, including Mt. Kilimanjaro. When he isn’t adventuring, Krafft is spending time with his wife and children.

Nicolas Krafft was earned his M.B.A in finance & accounting from the University of St. Gallen in Switzerland. Krafft continued education in 2006 when he enrolled in an executive management training program through the Institut Européen d'Administration des Affaires (INSEAD) Global Leadership Centre in Fontainebleau, France to hone his management skills.

Krafft began his career at L’Oréal in Germany as a Product Manager for professional haircare and hair color products. Krafft then became a Marketing Director of Kérastase before he was reassigned to Paris to oversee the launch of L’Oréal’s Matrix brand in Asia.

With Krafft’s continued success, he was chosen to manage L'Oréal operations in the Baltic States and in Romania. He later moved back to Paris to lead the Eastern Europe marketing and sales operation. In 2014, Krafft was named the Vice President of Global Business Development of the L’Oreal Professional brand in New York City. Krafft then led the Pulp Riot brand as the International General Manager where he played a vital role in the company’s ongoing global expansion.

Krafft volunteers his free time with children-centric charitable organizations. He has helped renovate two education centers: one for kids that have been disconnected from their families, and another facility for children with special needs.

This profile is created by a user.
Trending today in 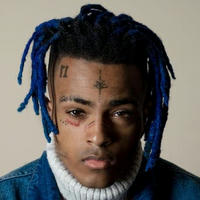